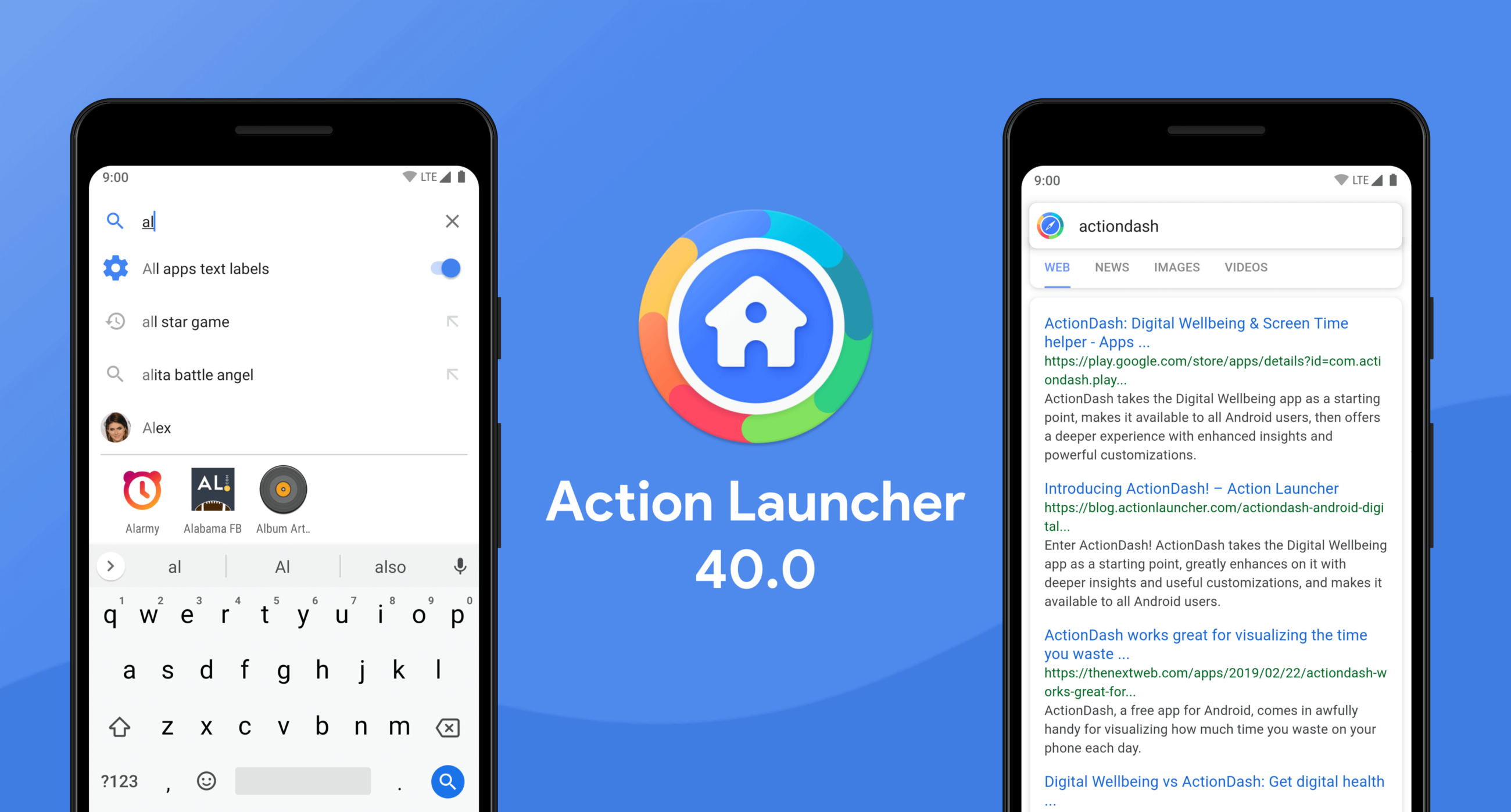 The latest update to the ever-popular Action Launcher includes a new search feature that’s been in the works for a year. Version 40.0 includes Action Search, a powerful new tool that provides results from the web, your apps and contacts, your in-app search history, and your settings (from your phone and Action Launcher itself) . A stylish new app icon is also included.

In his blog post, developer Chris Lacy calls action search a “new pillar feature” and is an improvement over the previous search feature in the app. In the case of some Action Launcher settings, you can even search for them and turn them on or off without ever leaving the search screen (see below). This new search function is available to all users; you won’t need the Plus upgrade to get it.

Additionally, Action Web Search will occasionally display relevant advertisements alongside search results, as part of a personalized page, or through the Bing Affiliate Program. In a separate post, Lacy explains that this is an exploration of a new business model as a result of declining revenues. While it might sound worrisome, it’s not much different from the ads Google shows you when you search. Even so, you can make sure Action Web Search is using Google instead by purchasing the 2019 Supporters Pack ($ 4.99 on top of the Plus upgrade). Another new option also lets you select DuckDuckGo or Bing as your default search engine, if you want.

Another new feature is coming with v40 – a vertical screen fill setting. There are also a number of general improvements and bug fixes, including one that makes importing from other launchers with widgets more stable. You can check out the full changelog below:

â€¢ NEW: Introducing Action Search, a new pillar feature that allows for in-depth searching on your device, the web, and Action Launcher itself. With Action Search, all searches triggered by the in-app search bar show search suggestions across the web, your apps, and amp; contacts, your search history in the app and even Android and Action Launcher settings!
â€¢ NEW: Introducing Action Web Search, an Action Launcher-themed web search solution that displays web search results, news, images and videos.
â€¢ NEW: Options to change the search engine triggered from the Action Launcher search bar. Choose between Action Web Search, Bing, DuckDuckGo, and Google.
â€¢ NEW: possibility to increase the vertical filling of the screen.
â€¢ NEW: A new app icon that showcases Action Launcher as the colorful, customizable, and accessible home screen app it aims to be.
â€¢ NEW: The appearance of the supporter badge for all years has been updated to use a common style.
â€¢ BUGFIX: Fixed drawer placement sometimes showing partially on screen after locking a device.
â€¢ FIX: Corrects the appearance of items when searching through app settings when using the colorful action search page.
â€¢ BUGFIX: Fixed a crash when importing from another launcher when a widget is on the dock.
â€¢ BUGFIX: General performance improvements including improved application startup time, fixed nasty memory leak, and reduced application reloads.
â€¢ BUGFIX: Miscellaneous. stability fixes.

You can install the latest Action Launcher through the Play Store, or get the new version on APK Mirror and load it yourself.