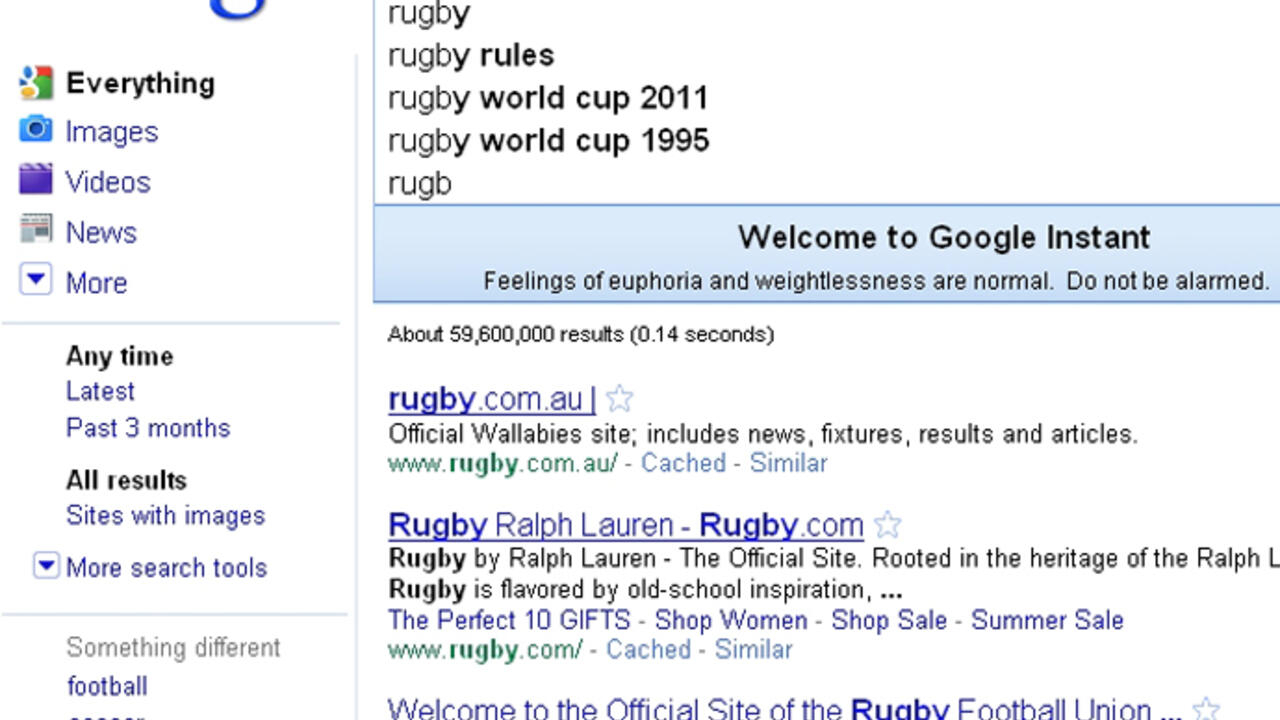 Google has unveiled a series of improvements to its Internet search engine that display results even when users type in their queries, promising to speed up the time it takes to find information online and generate more searches on the website.

AFP – Google on Wednesday began delivering Internet search results as fast as a person can type.

After two days of teasingly tinkering with the Google logo, or “doodle,” at the top of its homepage, the internet giant has put an end to the mystery by unveiling “Google Instant,” a faster route to web search results.

As users type a query, the Google search box displays a list of suggested terms and displays the actual results for the highest suggestion.

â€œGoogle Instant actually receives queries and gives you search results as you type and delivers those results to your computer,â€ said Marissa Mayer, vice president of search products and user experience. from Google.

â€œWe actually predict what query you’re likely to make and give you results for it. There’s actually a psychic element to that,â€ Mayer said at a press event at the San Francisco Museum of Art.

Google Instant began rolling out immediately in the United States and would expand to Britain, France, Germany, Russia and three other countries over the coming week, according to Mayer.

â€œWe’re really excited about what Google Instant could mean in terms of the evolution of search,â€ Mayer said. “We believe Google Instant is a quantum leap in search.”

Google is putting the finishing touches on a version of Google Instant for smartphones and other mobile devices and is expected to release it in the coming months, according to Mayer.

â€œI think this is part of an ever-changing IT landscape,â€ said Google co-founder Sergey Brin. “The things that will come out in the next decade from Google and other companies are going to really change the way we do IT.”