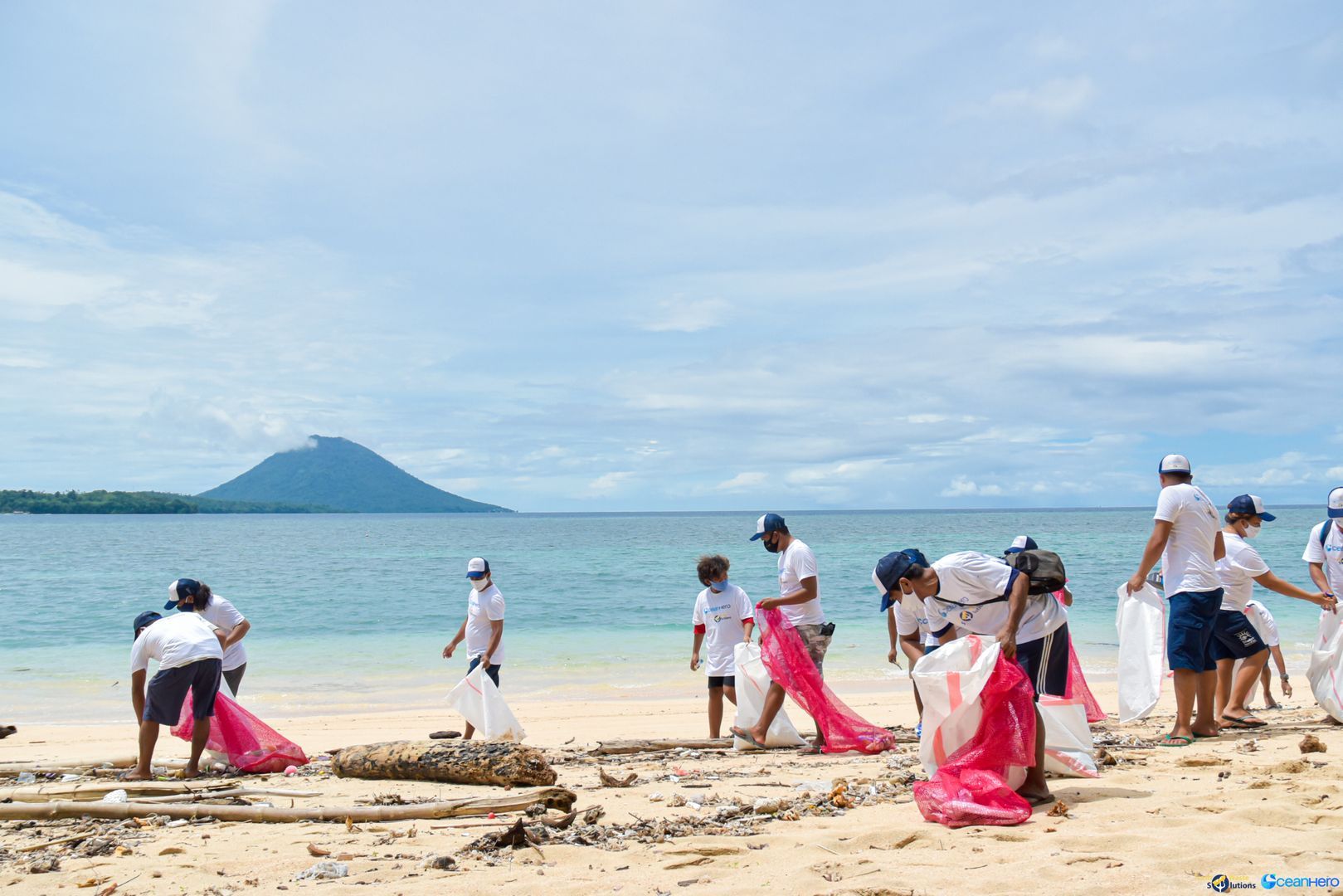 “OceanHero” finances marine cleanings through the use of a search engine

OceanHero is an organization that funds the recovery of ocean plastic, the development of recycling infrastructure, and the technology to turn waste into new products, all through the simple use of a search engine.

OceanHero founder Marvin Burman from Germany describes himself as a â€œserial entrepreneurâ€ who has eight years of experience creating digital products. He co-founded a software testing company which he sold to the world leader in digital testing and built a strong presence in the European market.

The idea for OceanHero came to Burman when he realized that sustainability will be the biggest challenge of the 2020s. After his eight years working at a standard tech company, he wanted to focus on something that has a lasting positive impact on humanity and the environment.

Greek journalist spoke to OceanHero on Thursday to hear the story of how this incredible effort took off.

Burman says, â€œIn my previous job, I worked a lot with search engines. Google was actually one of our clients. When I saw companies offering to plant a tree when you buy a t-shirt or a jacket, I clicked. The entrepreneur funded OceanHero with his personal savings.

Pawel Wszola, CTO of OceanHero, is a software developer who also has eight years of experience providing expertise to start-ups. He has spent much of his career creating products for healthcare, including a telemedicine solution that helps thousands of physicians provide patient care. When Burman told him about Ocean Hero, Wszola didn’t hesitate to ditch his other three projects to bring OceanHero to life.

OceanHero explains that advertisers pay the organization every time viewers click on their ads, which allows them to help pay for ocean plastics collection around the world.

For five user searches on Ocean Hero, They Help Recover a Plastic Bottle from the Oceans and Seas of the World. Additionally, through partnerships with Plastic Bank, Waste Free Oceans and Trash Waste Solutions, the plastic recovery process provides vital jobs to people who would otherwise live in extreme poverty.

The company also recently signed a partnership with Microsoft that allows it to display search results powered by Microsoft’s own search engine, “Bing”. The agreement also allows Microsoft advertisers to run their ads on OceanHero.

Entrepreneurs Burman and Wszola founded the organization in 2019. In addition to raising funds to recover ocean plastic, they are committed to raising awareness of the issues causing the ocean plastic crisis. There are now five team members at OceanHero.

Since the search engine launched in early 2020, the number of searches has grown to 4.5 million per month.

So far they have funded the recovery of 21 million plastic bottles, says OceanHero Greek journalist.

Ask by Greek journalist How much of every research online goes to ocean clean-up, officials say, “so far 100% of the profits (and even some of the founders’ private funds) have gone to clean-up efforts.”

â€œSo far the search engine has raised over $ 90,000. Most of the cleanups took place in India, Indonesia, the Dominican Republic and the Philippines.

“There have also been cleanups in Portugal, Italy, the Netherlands and Germany and they hope to eventually work in Greece,” notes the organization.

In a very important development, plastic collected from OceanHero-funded projects in Manado and Siladen, Indonesia is now used for bricks that can be used in building construction.

“OceanHero used open source plastic engineering blueprints and extended them with a more powerful engine and other improvements,” in order to make the revolutionary bricks, “Burman explains at Greek journalist.

He then adds “the machine consists of three parts: a shredded part, a bottom and a form the molten plastic”.

â€œGoogle controls most of the world’s search access. Google’s partnership with Apple makes it the default search engine on iOS devices. Additionally, Google results are the default results on Android mobile devices and Chrome desktop browsers.

However, Ocean Hero’s fortunes have improved recently after a further decision by the European Union.

“It was only recently that the EU passed a directive requiring Google to allow users to change their default search engine,” Burman notes, adding that “this forces competitors to pay Google by bidding for a place on the list presented to the user â€.

This painless way to find what to look for online will go a long way in Burman and Wszola’s tireless efforts to rid the oceans and seas of plastic.